If you’re in Facebook Ads Manager often, you’ve probably seen the notice that Relevancy Score is going away and will be replaced with Facebook's new Quality Ranking. This week, we started to see the new metric for a few clients, and a full roll out is planned to take effect by the end of April 2019.

Before we explain what Quality Ranking is on Facebook, let's look at the metric it's replacing: Relevancy Score.

Relevancy Score is a rating from 1 to 10 that estimates how well your target audience responds to your ad. As a Facebook advertiser, you only have insight into this metrics once your ad receives more than 500 impressions. A Relevancy Score of 5 was an average score, and anything lower was an indicator that your ad was not resonating with your selected audience. Generally, a higher Relevancy Score meant you could expect better results like lower cost per click, higher click through rate, etc.

A few factors went into calculating this score, including positive indicators (engagement, clicks, conversions) and negative indicators (hiding posts and not interacting with the ad).

So, what is Facebook's Quality Ranking and how is it different from Relevancy Score?

The new Quality Ranking will actually be broken out into 3 different metrics, an effort on Facebook’s part to give advertisers a better understanding of where exactly their ad is not performing.

The three metrics will include:

Both Engagement and Conversion Rankings are not available when running ads for impressions, reach, ad recall lift or custom conversions.

The rankings are broken down into:

When you are Below Average, or in the bottom 20% that means your ads are among the lowest 20% of ads competing for the same audience.

Obviously you never want to be in the bottom percentile, so if you see your ads have fallen into this category, try a few of the following tips:

Are you also a social media advertiser? Have additional tips to share? Comment below with what you're seeing and ways you're optimizing your Facebook ad campaigns. 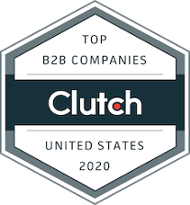